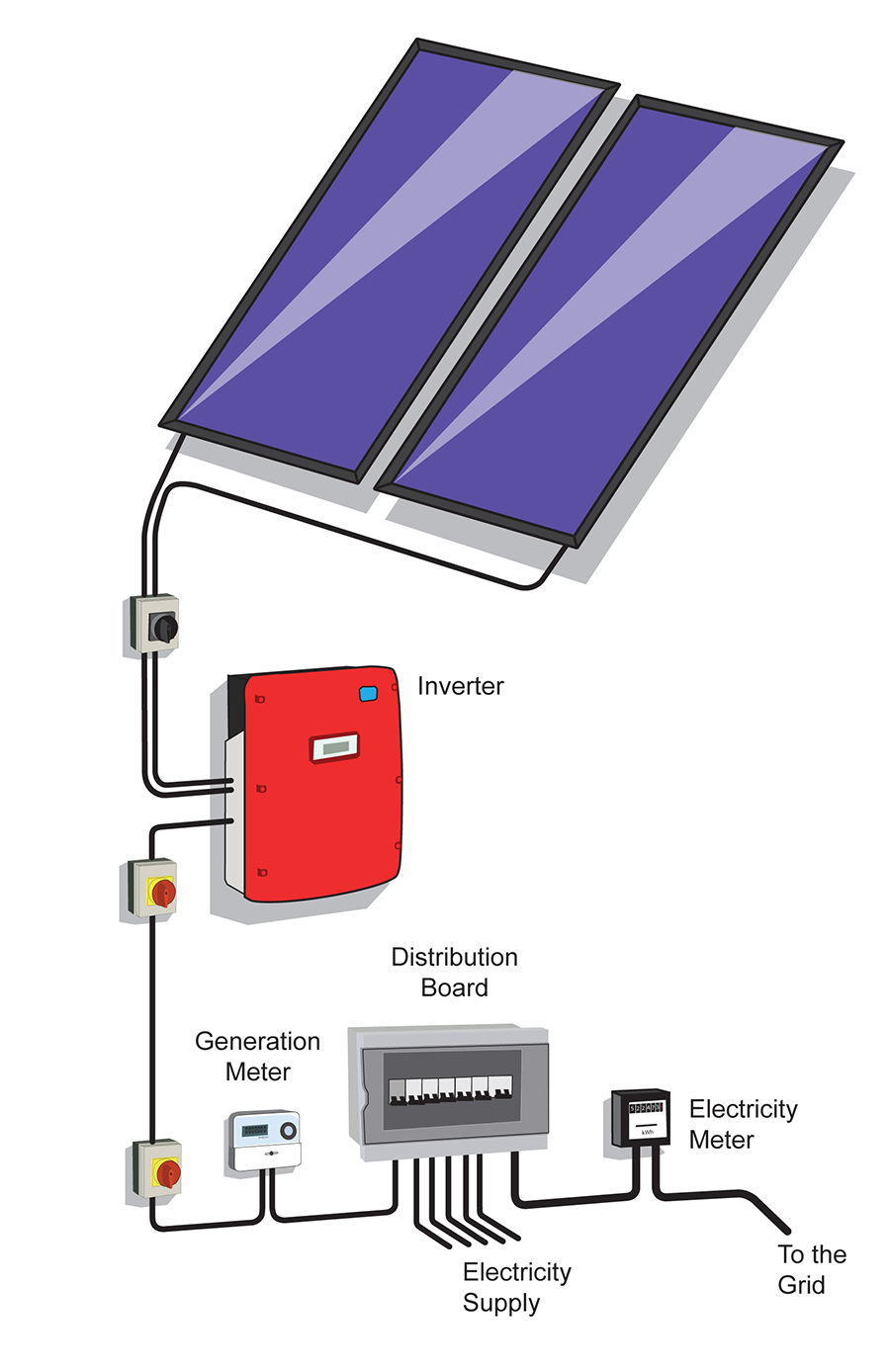 Solar photovoltaic (or solar PV) panels convert sunlight directly into electricity. Semiconductor materials in the panels produce direct current (DC) electricity when exposed to light due to the photovoltaic effect.

For most applications, and in all cases when the system is 'grid-tied' (meaning it can provide electricity to the distribution network), this DC electricity needs to be converted to alternating current (AC) and this is done with an electrical device called an inverter. The inverter maintains the DC side at a current and voltage that is optimal for light conditions on the panels and coverts the output to AC that matches the voltage, frequency and phase angle of the local grid electricity.

If the solar system is producing more power than the building is using, then excess power is 'exported' to the grid and contributes towards the power requirements the grid network is supplying in the neighbourhood.

This ability to export excess power is one of the main differences between solar PV and solar thermal because (subject to any limitations on the electricity network's ability to take the power) there is no limit to the amount of useful energy a solar PV system can produce, whereas solar thermal energy is limited by the local demand and storage capacity for heat energy. Whereas solar thermal energy yield follows a curve of diminishing returns as you scale up the system relative to the local heat demand, solar PV energy yield scales linearly with system size. The sizing of a solar PV system is therefore more likely to be based on economic considerations or available space.