Once the PV cells have been assembled into a solar panel, the overall efficiency ends up lower than the efficiency of the cells from which it is made:

The variability in solar cell manufacture means that panels are constructed from batch-sorted cells of similar efficiency. So as well as offering panels with different cell types (mono-crystalline, poly-crystalline), backing sheet colour (black or white), and frame colour (natural or black anodised aluminium), panel manufacturers produce the panels in a range of power outputs that reflect the power bin from which the cells were taken. It is common for a particular product to be available in a range of powers in 5 watts-peak (Wp) steps. Currently, standard size modules tend to range from 250Wp at the lower power end to 300Wp at the higher power end of the scale.

Because there are different types of solar panel of differing efficiency, it is common to specify how much is needed for a given installation in terms of the peak power they generate rather than the area they cover. 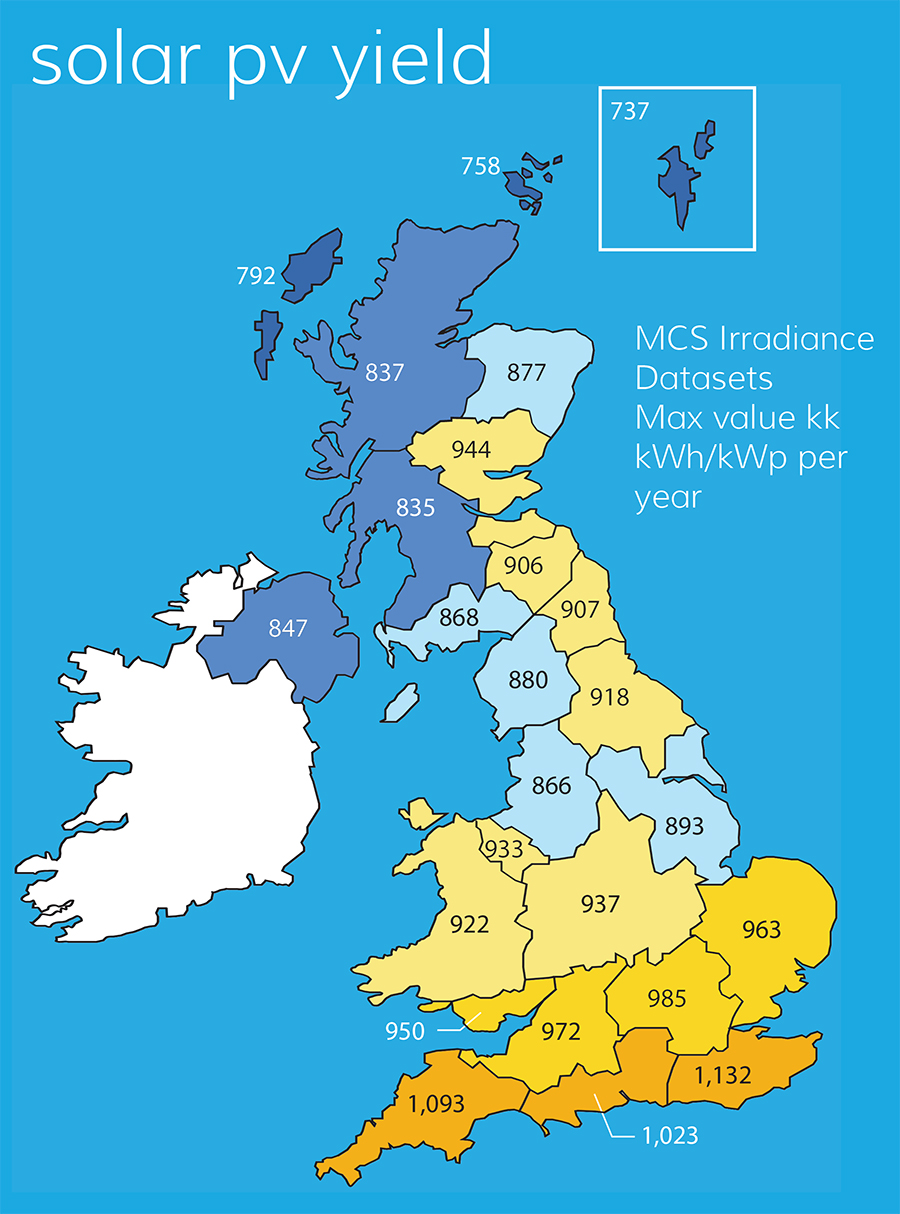 The peak power is measured in the laboratory under controlled conditions to ensure designers and customers can compare different products. The panel to be tested is bathed in light from directly overhead and at an intensity of 1,000 watts/m2 (similar to direct midday sun on a clear summer day). The panel temperature is held at 25°C, and the electrical power output is measured.

Under these conditions a typical output from a typical silicon panel is currently around 260-275 watts-peak (Wp) or around 180Wp per square metre of panel area, corresponding to an efficiency of 18%.

The annual energy production from a solar panel will be in proportion to the panel power, but will also be affected by:

For a south-facing, unshaded panel tilted at around 35 degrees to the horizontal, the annual yield is likely to be in the range of 750 to 1,100 kWh (kilowatt-hours) per kWp (kilowatt peak) installed. Differences due to location are easily overcome with the addition of extra panels to an installation.