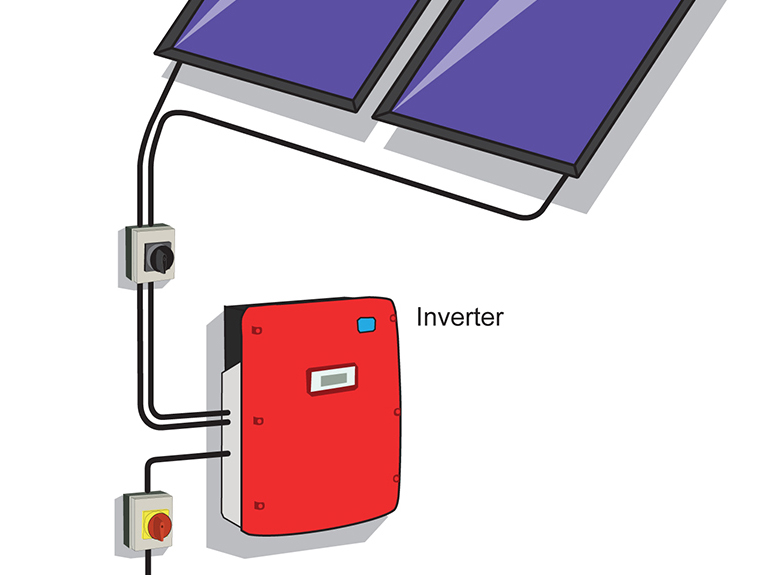 A solar PV inverter is an electrical device that converts the variable direct current (DC) output from a solar photovoltaic system into alternating current (AC) of suitable voltage, frequency and phase for use by AC appliances and, where grid connected - for export to the grid. As well as converting the DC to AC, a solar inverter may also provide anti-islanding and maximum power point tracking.

A system that is attached to the electricity supply grid can export power to the grid if the local demand for power is exceeded by the power output of the solar system. Regulations require that distributed generators such as solar that are connected to the grid must shut down automatically if the grid itself loses power, a feature called anti-islanding. The reason for this is to protect utility workers, perhaps working to restore grid electricity supplies, from electric shock.

The output of solar panels varies with the level of solar irradiation and their operating temperature. Under a given set of environmental conditions, the panel current will vary with the voltage, from a maximum current under short circuit conditions (Isc) to a maximum voltage under open circuit conditions (Voc) following a characteristic I-V curve as shown in the diagrams. Solar inverters with maximum power point tracking (MPPT) get the maximum possible energy from the PV array by continuously sampling the output of the solar panels and setting a resistance (load) that produces the maximum power at all times. 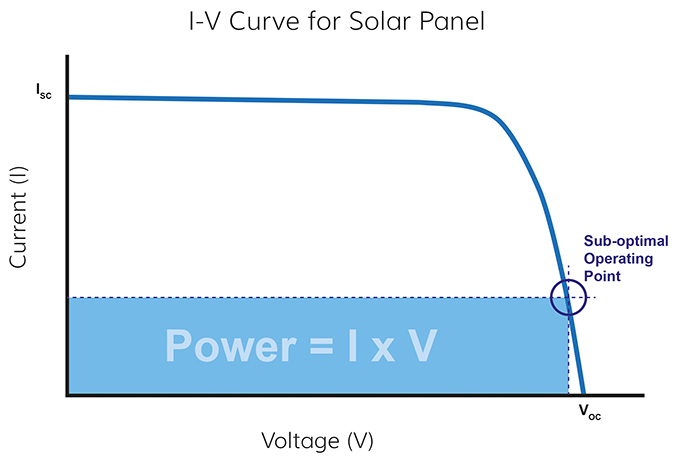 The power from a solar panel depends on the operating point 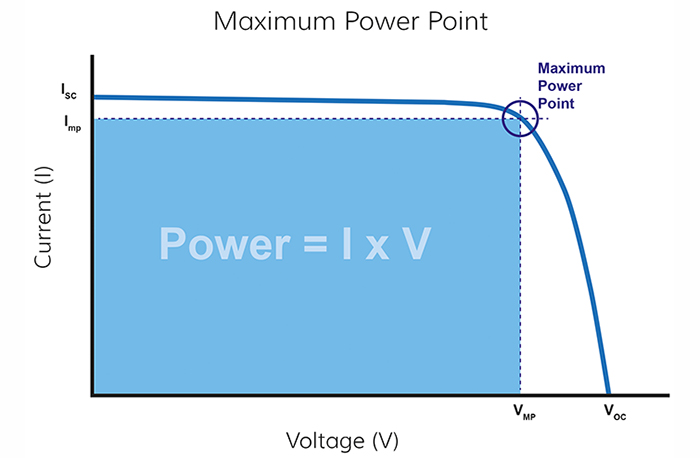